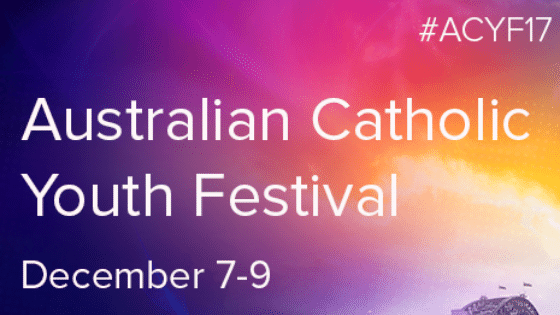 The John Wallis Foundation is going to the Australian Catholic Youth Festival.   The Foundation part funded 10 young people from around Toowoomba and the Darling Downs Qld to attend this festival, along with some 15,000 young other people aged 16 to 30.

In the exhibition hall, we will have a booth in the form of a retro caravan, similar to the one that served as mobile home to Missionary Sisters of Service in the 1950s. There we will engage the young people who visit, sharing the highways and byways vision and spirit the Foundation inherited from the Missionary Sisters of Service.   The JWF Toowoomba Branch has met with the young people from their area as they prepare for their Festival experience.

The caravan booth will feature the embryonic Highways and Byways Movement, inviting people to take the highways and byways vision and spirit into their daily lives, developing a growing awareness of the deep human need for inclusive communities of meaning and belonging.   As it says on the image (left) the mission of the Highways & Byways Movement is to go into the highways and byways, attuned to the times, walking with people, building communities of meaning and belonging wherever we are, in whatever we do.

Why a caravan booth at the Festival?  In 1955 there was a Catholic Life Exhibition in Melbourne at which the Missionary Sisters of Service (then known as Home Missionary Sisters of our Lady) had a caravan to tell their story.   It caught the public imagination, resulting in the unofficial title of The Caravan Sisters.  We still meet people who remember that name.