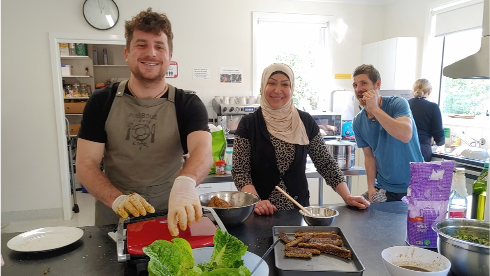 West Moonah might not be on the Tasmanian foodies trail, but that could change anytime, thanks to the locals who are sharing their love of food, culture and talent for cooking.

The Share Food, Share Skill program, run by the West Moonah Community House and supported by Highways and Byways, means dozens of people from around Hobart can now create Arabic, Chinese, Indian and Spanish culinary delights.

The program continues the great food tradition at the community house, where cooking classes have proved successful in bringing together people, especially those isolated or newly arrived migrants.

West Moonah has a high migrant population and the Community House’s low-cost child-care centre has children from as many as eight different language groups. 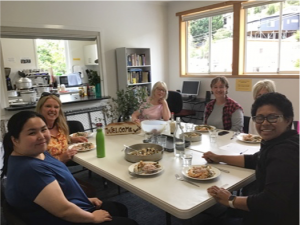 “We love our food here and talking about food is a great way of breaking down barriers. People also feel valued when they see others enjoying what they cook,” said Kim who works at the West Moonah Community House and was lucky enough to sample some of the food created during the four-week Share Food, Share Skill program.

It was great to feel a part of the community. I feel more connected to my cultural roots, which has been difficult since moving to Tasmania.”

The food classes are about more than just teaching cooking skills, they are an opportunity for cooks to share their culture and recipes that in some cases, have been cooked by generations of the same family.