WOMEN COME TOGETHER TO BRING HEALING AND CHANGE TO COMMUNITIES 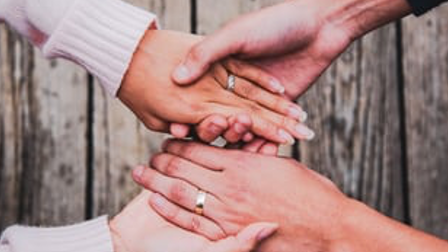 African-born women in Toowoomba concerned about forced marriage, mental illness, family violence and other issues have been given a voice through a project launched by Australian Catholic Religious Against Trafficking in Humans (ACRATH) with support from Highways and Byways.

The project, Women2Women, gathers together women who are concerned about forced marriage in their communities. Liz Payne, ACRATH’s forced marriage worker, said the response at the first meeting was ‘extraordinary’, attracting women in their 20s, 30s and 40s from six African countries.

“The women were very open about the fear of forced marriage, family violence and mental illness and the disrespect amongst the younger generations in their community,” Liz said.

“The women were confident about setting the agenda on issues and will be part of the two-day planning sessions this month. It became clear very early in our first meeting that these women want an opportunity to talk freely about these issues and to be supported in finding solutions.”

Liz hopes some older women will join the group and share their wisdom and experience. She said many of the women are distressed by the lack of respect shown to them by younger members of their own communities.

“These women are extraordinary when you think what they have endured to leave their own countries and come to Australia. Many have survived the journey from war-torn countries,” Liz said.

“Now they are showing more courage by saying what current problems they want to address in their communities.”

Liz said while forced marriage was something that ACRATH could focus on, other issues raised in Women2Women might mean inviting other experts to the group. Women2Women was established following years of work in the Toowoomba community and schools by ACRATH QLD and the Missionary Sisters of Service.

← A COMMUNITY OF YOUNG WOMEN SOMETIMES LOST FOR WORDS …. FINDS A VOICE GARDEN BRINGS LIFE AND HOPE TO TOWN SCORCHED BY YEARS OF DROUGHT →