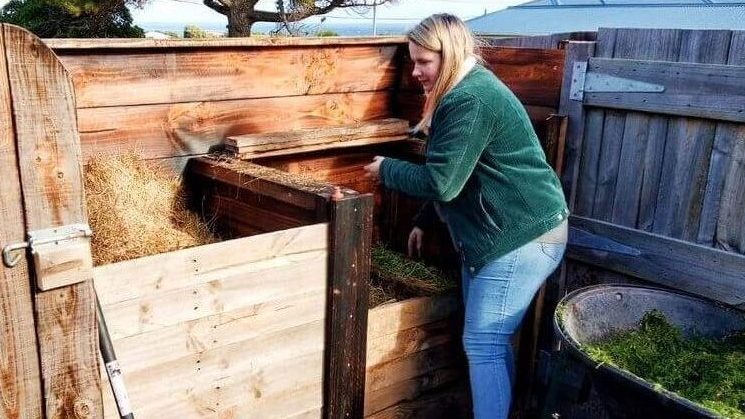 The coastal town of Currie might be a little chilly at this time of year, but the King Island community is experimenting with ‘hot’ composting following a small grant from Highways and Byways.

Its Community Garden now has six new composting bins to replace a number of bins that were so worn out that they were tied together and literally hanging together by their last thread.

The Garden is now able to implement a hot composting system which fast tracks the microbial production of the compost, and achieves useable compost within a six week timeframe, rather than the six months required by more conventional methods.

For this remote island community in the Bass Straight, 80 kilometres north of Tasmania, the cost of importing produce is high. The Community Garden provides locals with an alternative food source, planted and grown by their very own hand.

According to Sally Haneveer of the Phoenix Community House, where the Garden is located,  the compost adds value to their sandy coastal soil and makes it suitable for growing produce in both private and communal beds. And for this Community, healthy soil is tantamount to healthy crops. “King Island Community Garden is all about healthy eating and producing fresh produce to feed our families”.

But it is also about more than this. The Community Garden provides a place for locals to come together for companionship, to talk, learn and pursue a shared interest.

Last month the Garden hosted a workshop for 20 locals to explore the hot composting method. Everyone got their hands dirty, having a go at delivering the raw material, laying and mixing in the newly constructed bays.

Through this initiative the Community Garden has also been able to reach out and attract new members too. Two new families have already come on board, which for a tiny community such as Currie, is a great reflection of the importance of the garden to locals. 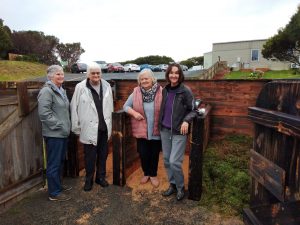 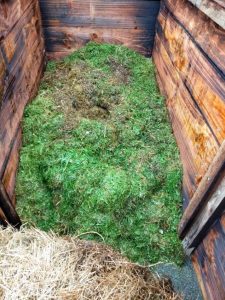