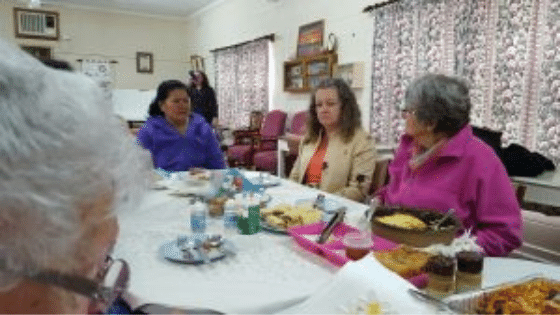 The eighty-year-old Port Augusta Country Women’s Association was on the brink last year. The few women left, including two life members, and the new single mums who had joined, had no way of getting to meetings. The group faced closure.

But the members did what the CWA have always done; they went into battle for countrywomen, finding ways to keep them connected to the community. And with $1500 from the John Wallis Foundation they set up a taxi account and ensured the women without transport could get to meetings. At the same time they ran a membership drive and attracted a group of women, many professional women, who have added new energy and ideas to the branch.

The Port Augusta CWA is now renewed, and its older members, many in their late 80s, still have a place. “There’s a lot of history and information to be found in the meeting minutes of the Association. But the spirit of the group is found in its members and we were determined to hold on to ours,” said Roz Hartley, the recently elected President.

There are 15 members now and their commitment is as strong as ever. They meet monthly and gather weekly for lunches and craft groups. The women also run cooking classes for the local high school students and put together kits for children who have been placed into state care. They are also now fundraising so that the tyranny of distance won’t jeopardise their branch again.

← SMASHING THE SOUND OF SILENCE - TASMANIA OUR MISSION →