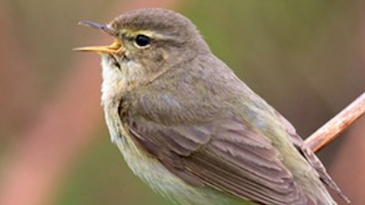 Governments around the world are anxious to get their countries back to normal.   But what is ‘normal’?   It is claimed during China’s lock-down over the virus, the resulting cleaner atmosphere saved more lives than the lock-down.   When I went on an interfaith pilgrimage to northern India four years ago, I was shocked by the air pollution that blackened leaves with oily soot and blotted out the sky.   Respiratory disease was rampant.  But India’s lock-down resulted in cleaner air and enabled people to see the Himalayas again.

When Covid-19 first started to feature in the media, I wondered: “Is this the Earth trying to tell us something about how we treat our environment?”

I had not seen or heard of anyone exploring this connection until I read an article by Jonathan Tulloch in The Tablet of 4 April this year.   In it he writes, “Scientists agree that the recently emerging catastrophes of Ebola, Sars and Covid-19 are all zoonotic, originating in animals before transferring to humans.”   He explains how our shrinking natural habitat exacerbates the mutation of such viruses.

Tulloch is a writer with a great love for the environment.   His short article is worth reading and can be found on this link https://www.facebook.com/350Eurobodalla/posts/nothing-can-ever-be-the-same-again-jonathan-tulloch-the-tablet-april-2020many-of/2850120898403956/

So, will getting back to ‘normal’ mean a continuation of neglect of the issue of climate change?   So far this year Australia has seen catastrophic bushfires, followed by floods, followed by the pandemic.   “We can mend it if we really wanted to”, the line from one of Joe Wise’s song from the 1980s. comes to mind.   Our governments need to know that we really do want to mend the ways our current economic policies impact on life on Earth, that we want to set different priorities in which the health of the natural environment is number one.   Human health depends on it   The Government’s response to the pandemic shows that it has the capacity to change in response to the threat of catastrophe.   But will it?

It is five years this week since Pope Francis issued Laudate Si’, on Caring for our Common Home.   In this document, he addressed ecology and climate change, and more than that.   He also looks at the impact of our ravaging the Earth on human communities, especially on the poor, and on the health of the Earth itself and all its creatures.   It is an inspirational read.

The internet carries many events celebrating the anniversary of Laudate Si’.  Just do a search and be inspired by the vision of people who have taken the Pope’s vision to heart.

Corrie van den Bosch mss May 2020
Corrie is a Missionary Sister of Service, one of the members of the founding congregation of Highways and Byways – A Community of Service, and occasional contributor to our blog posts.

← GARDEN BRINGS LIFE AND HOPE TO TOWN SCORCHED BY YEARS OF DROUGHT 17 COMMUNITY ORGANISATIONS ACROSS NSW, SA, TAS AND QLD GRANTED FUNDS FROM HIGHWAYS AND BYWAYS →