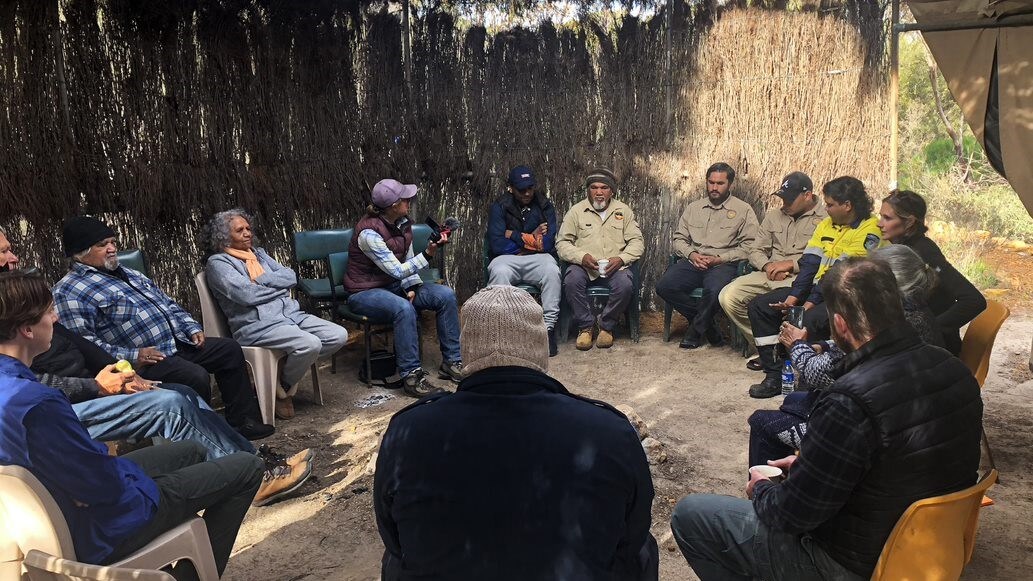 Highways and Byways has supported land managers in the southern Western Australia to better understand and incorporate cultural fire wisdom into their ecological planning and management activities.

With funds from the 2021 and 2022 Highways and Byways small grants program, Gondwana Link has held three workshops on country at Nowanup and close by for land managers to come together to discuss and study fire management. 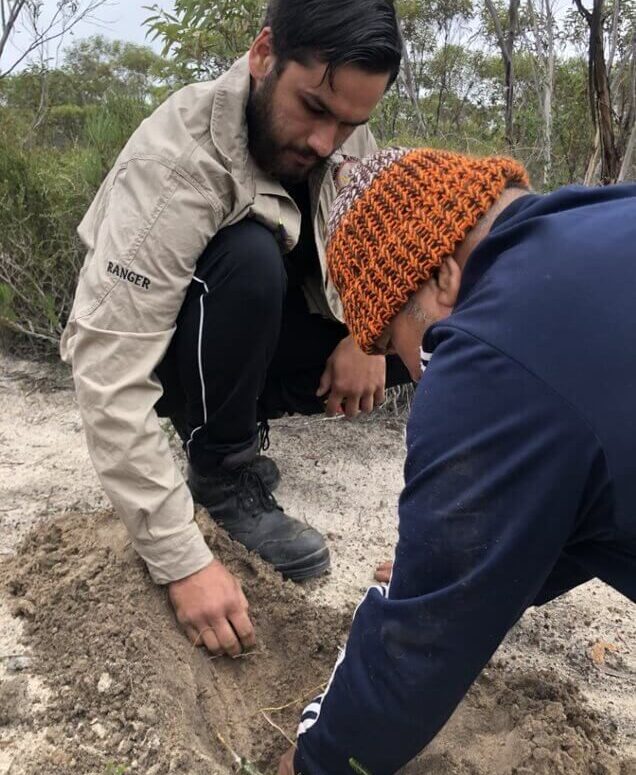 Nowanup is a meeting and learning space set on 760 hectares the central area of Gondwana Link between the Stirling Ranges and Fitzgerald National Parks. It is managed by the local Noongar people and is currently owned by Greening Australia.

According to Gondwana Link’s Jim Underwood “fire was one of the most powerful tools used by the Indigenous people of Australia to fulfil their cultural responsibilities to care for their Country. In Western Australia’s Great Southern region, this use of fire fundamentally influenced the evolution of rich and resilient ecosystems”.

“However for many generations now, Noongar people have been denied access to land and the right to continue their custodianship”.

But thanks to small grants from organisations such as Highways and Byways, change is now underway.

The workshops invited a wide range of stakeholders to come together to discuss and develop partnerships that include Noongar people in decision making and implementation of fire management. Over 60 people participated in the workshops – including Noongar Elders, leaders and young rangers; farmers;  local firefighters; research scientists; and representatives of various government departments and environmental, land and natural resources management organisations.

Discussions occurred in a yarning circle. “This is an Indigenous based way of relating that includes protocols of mutual respect, active listening and storytelling” said Jim.

According to Uncle Eugene Eades who participated in all workshops: “We want to make the old way become the new way by handing this knowledge down to our younger generation coming through. And when I say hand it down, I’m talking about non-Aboriginal people as well as Noongars. That’s a way of walking forward together.” 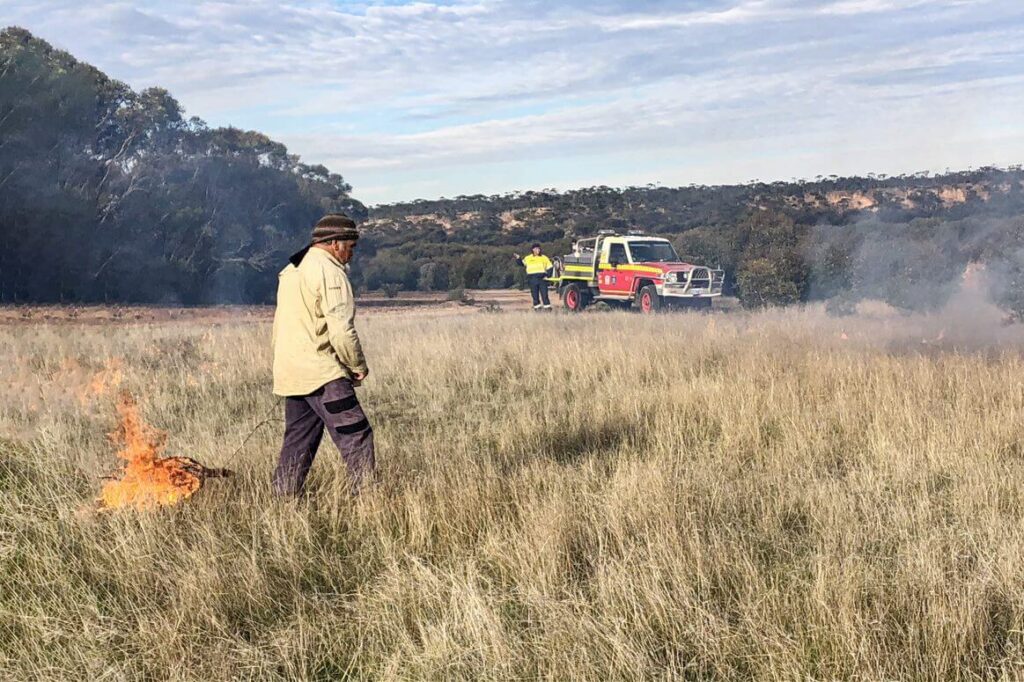 Action is particularly important to the local Noongar community who, after the last workshop, worked alongside local ecologists to provide an indigenous perspective to a preliminary ecological assessment of small area of nearby Peniup. “We ended up surveying about five hectares. We found a lot of medicinal and food plants, some stone artefacts and special ochre cliffs. We also decided as a collective that it was time for a cultural burn led by the Elders on Nowanup” Jim said.

The burn occurred in June 2022. “The collaborative spirit was strong,” said Jim. “The Department of Fire and Environmental Services (DFES) provided culturally sensitive guidance including the necessary fire control equipment and a burn plan; the University of Western Australia (UWA) provided ecological monitoring and handled most of the documentation; and Gondwana Link supported with other logistics. With this support, the Aunties and Uncles felt comfortable to give fire back to Country for the first time in many, many years”. There were even tears of joy as the burns were conducted, combining both traditional ignition methods and modern drip torches. From those present at the burn, it was acknowledged that they walked away with a greater appreciation of the factors influencing fire behaviour in Gondwana link, and the values and lived experience of the Elders.

For further information on this initiative and the work of Gondwana Link visit: https://gondwanalink.org/ 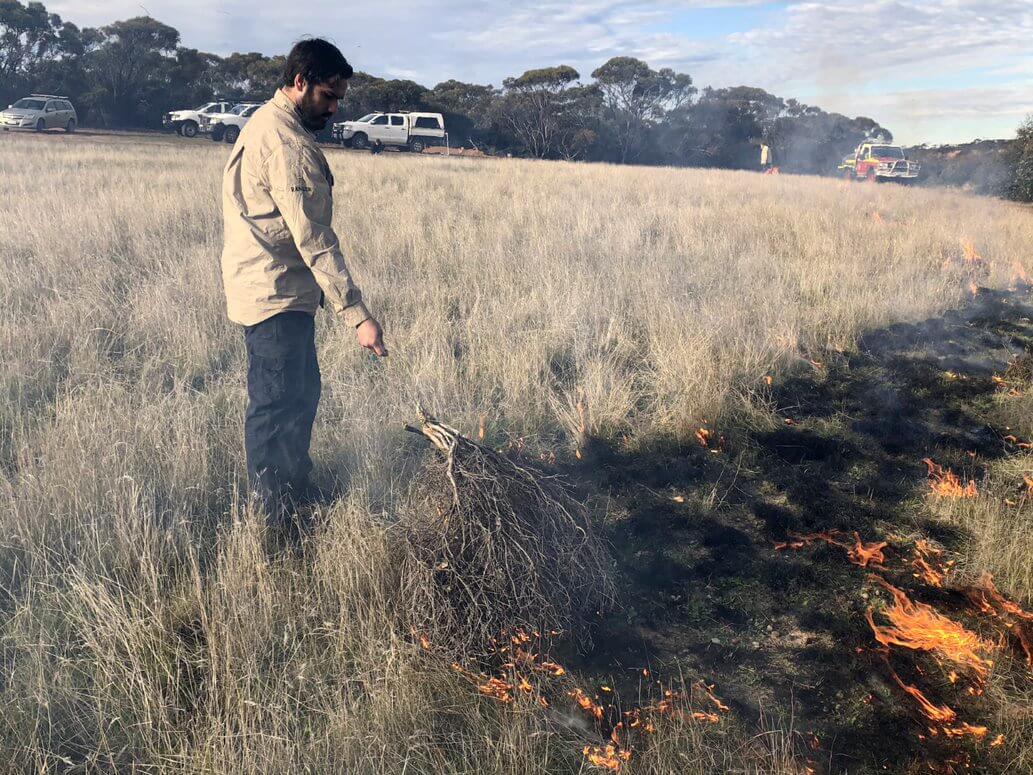 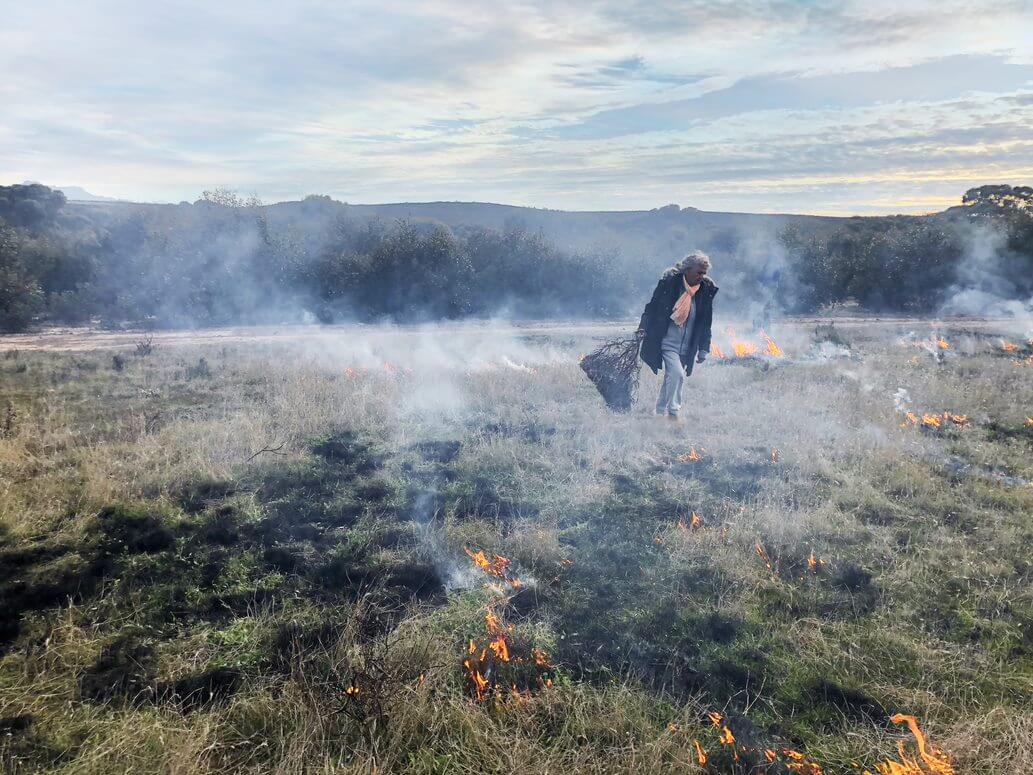 Aunty Annette Eades prepares to use a dried bush to spread fire in the grassland near Nowanup’s Meeting Place. Picture: Ursula Rodriguez 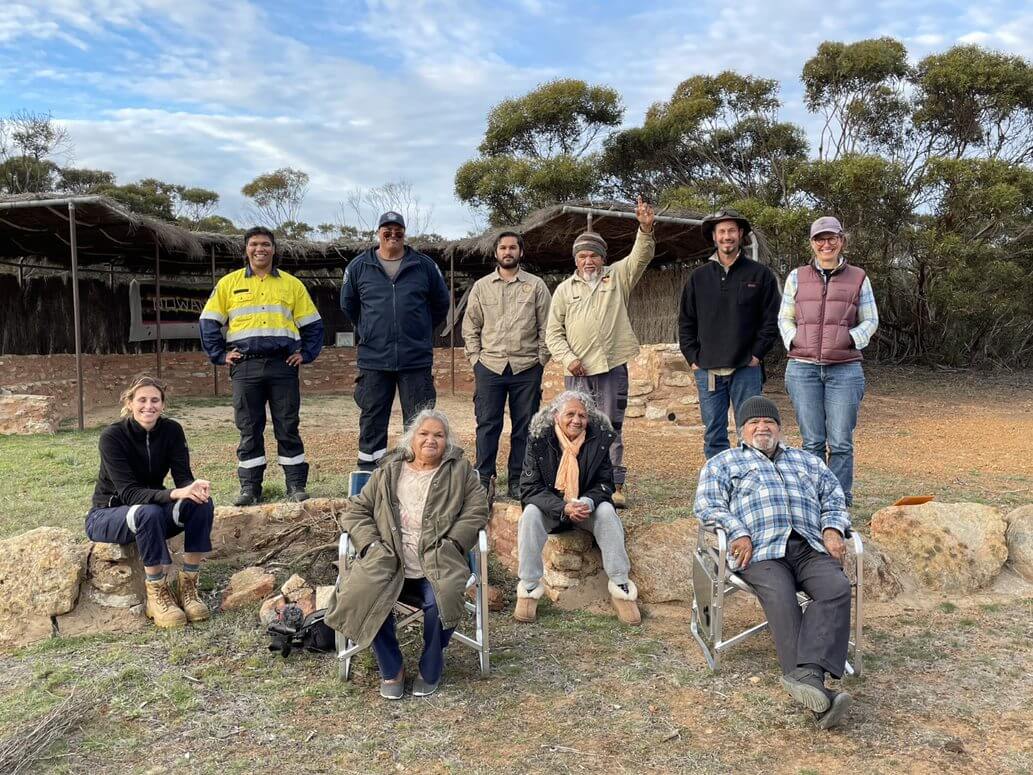 MAIN IMAGE: A cultural yarning circle around the fire in a Nowanup healing hut or ‘mia mia’. Picture Jim Underwood.