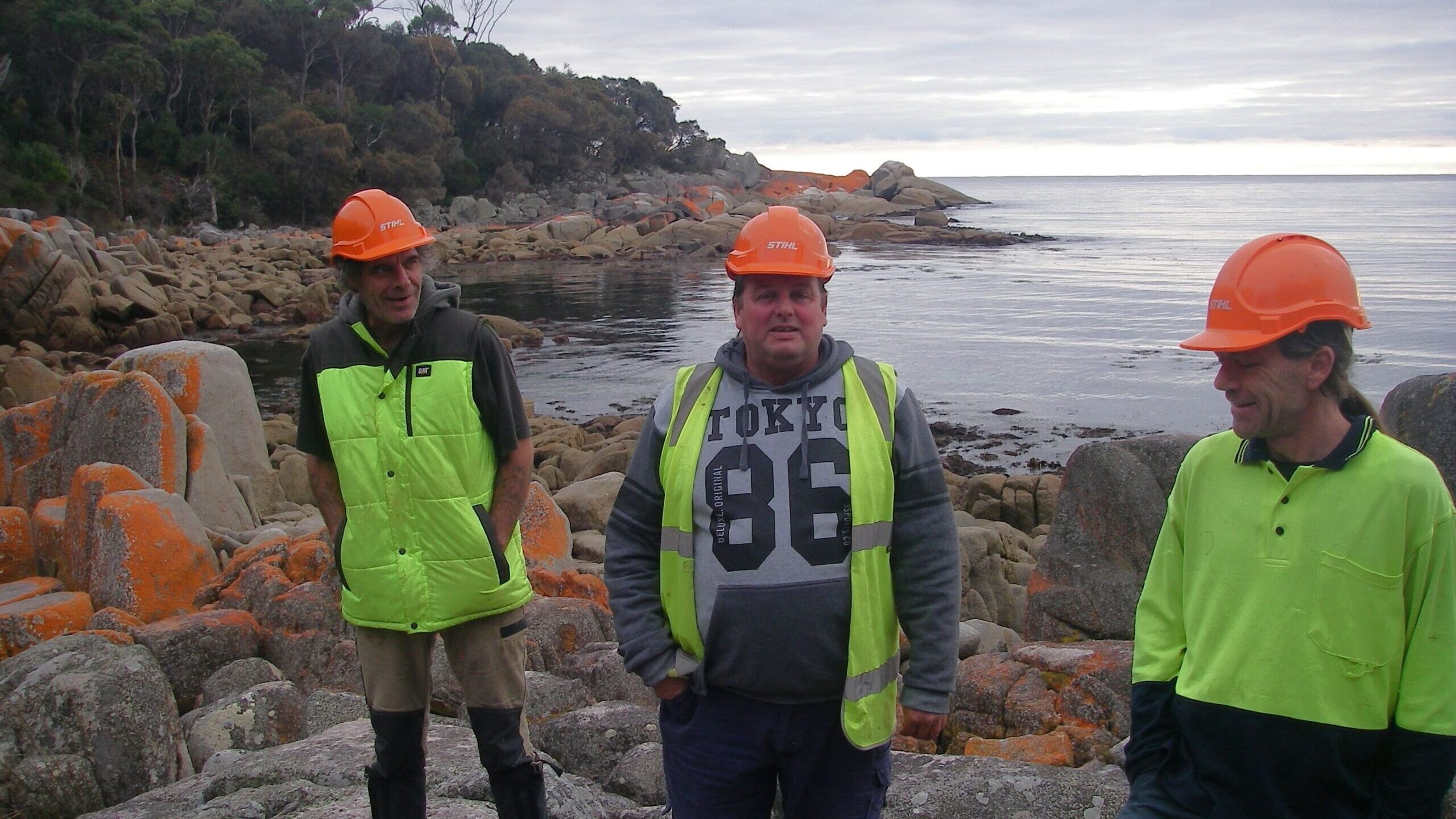 A project engaging disadvantaged and unemployed workers in ecological restoration work is achieving a range of health and well-being benefits according to new research by the University of Tasmania.

The Restoring Nature and Communities project, supported by Highways and Byways – Healing the Land, Healing Ourselves, Together provides work experience for unemployed workers in the remote Break O’Day municipality in Tasmania. This municipality is one of the most socio-economically disadvantaged local government areas in the State with residents facing social isolation, low levels of education and lack of economic security.

Now in its third round, work so far has focused primarily on restoring degraded land previously used as forestry pine plantations in and around Skyline Tier. By the time the current placements wrap up later this year, around 120 hectares of restoration work will have been carried out.

University of Tasmania researchers interviewed current and past program participants and local health care workers to identify the health and well-being outcomes of the program.

“At the individual level, there are not only the physical and mental health improvements that come from being outdoors in a physically demanding role, but also the sense of well-being that comes from connecting with nature” Highways and Byways Executive Officer Ms. Jane Collopy said.

“Participants told researchers that they find the work meaningful. Their self-esteem has taken a boost and they are feeling more confident. They are taking pride in their work. It gives them a reason to get out of bed in the morning and to connect with others. And for the first time in a long time, many are feeling hopeful and positive for a brighter future” Ms Collopy said.

Ms Collopy added that Restoring Nature and Communities was addressing regional disadvantage by bringing employment, training and education to a community with high unemployment levels, and was equipping participants with skills that improve their long-term employability. She cites the example of one indigenous worker, who came to the program on a community services order, and had found ongoing work as a Park Ranger in one of the Indigenous Protected Areas in far north Queensland.

This program, like many others funded by Highways and Byways is about healing the lands and the communities that inhabit them. As one health worker interviewed by University of Tasmania put it: “If we haven’t got healthy environments …we don’t actually have healthy communities”. To learn more about the work of Highways and Byways visit: www.highwaysandbyways.org.au

Image: Scott Ryan (centre) first started working with Todd’s team as part of Work for the Dole. He had previously been employed by a forestry company on the same land working long hard hours for average pay planting trees in a Radiata Pine plantation. Scott was in a relatively poor physical and mental state due to unhealthy lifestyle choices and not functioning anywhere near his best. Today, he works with a team that is restoring the same pine plantation back to biodiverse native forest by weeding out the pine saplings which enables native plants and animals to thrive. Scott has become a real advocate for nature conservation in the area. He has formed strong relationships with the people he works with, feels good about his life, and has a much healthier lifestyle and mindset.

← START LOCAL THEN GO GLOBAL THE FUTURE IS IN OUR HANDS →