THE FUTURE IS IN OUR HANDS 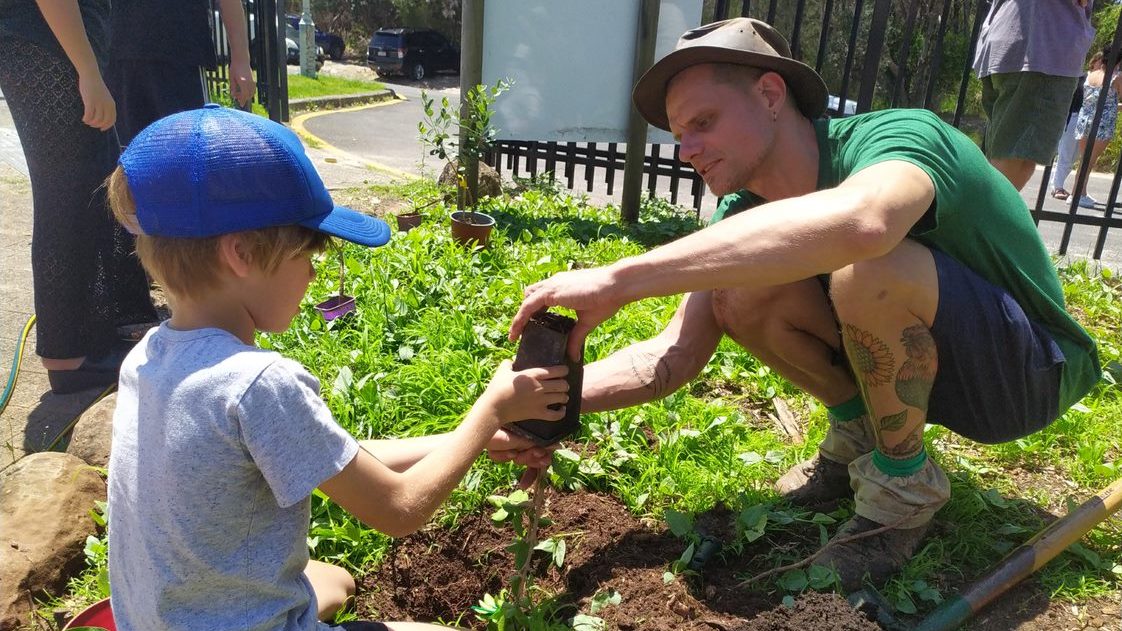 Lealah Shostak-Herber thought the film and Q&A event at Byron Bay as part of the ‘In Our Hands’ project would help educate locals about climate issues and provide some local solutions. She was overjoyed to discover that many people were already tackling issues in their own area and backyards. It was the motivation that many needed.

Lealah, Youth Activities Coordinator at Byron Youth Service Inc., wasn’t the only one inspired by the evening. The Q&A became more of an information exchange where people offered advice and shared what they were doing regarding weed control, seasonal changes and the impact of heavy rainfall. Many who attended the Q&A then joined in a tree-planting of the area around Byron Youth Service, which was run in partnership with Bangalow Koalas and Byron Shire Permaculture.

The work achieved as part of the In Our Hands project, which was supported by Highways and Byways, has not only improved the area, but has given hope to many young people overwhelmed by the growing climate crisis. Twenty-four volunteers of all ages cleared a very large area of out-of-control scrub around the BYS and planted about 80 edible and native trees. Participants were also invited to do close up botanical studies of leaves and to draw what they saw using charcoal.

Lealah, who is also part of Bangalow Koalas, said plans for the events were impacted by COVID and ongoing heavy rain, but the project turned into a great success.

“Ten years ago we were organising movie nights and information sessions about climate issues and you might get five people coming along. We had 50 people involved in this project, which shows that commitment to action has really grown, especially when you can make the focus local,” Lealah said.

“This project is so important because it is practical and it gives young people hope that we can do something to combat climate problems.”