SEEDS FOR THE FUTURE 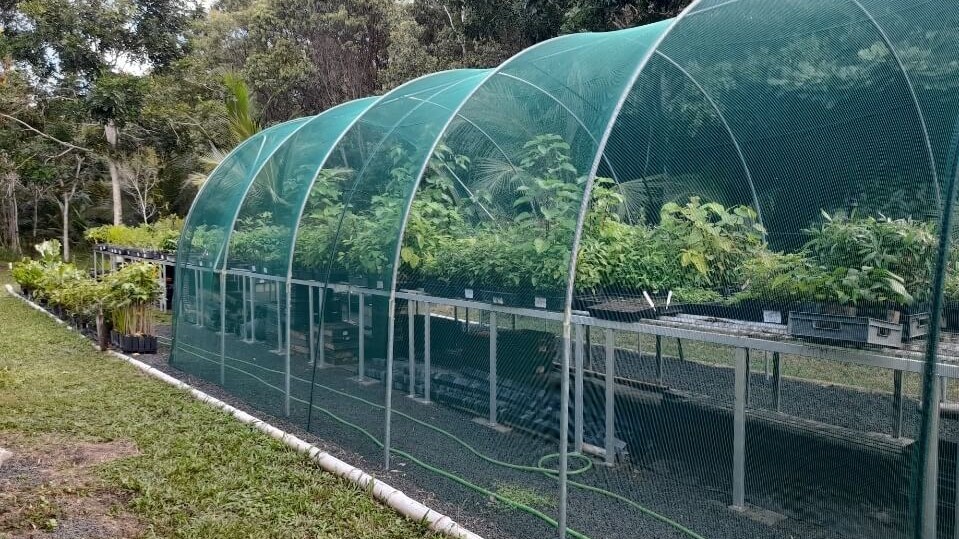 Brett Krause has a goal: to build new forests in Tropical North Queensland that provide habitat for endangered and threatened species such as the Southern Cassowary and Mahogany Glider.

Brett cofounded a not-for-profit organisation, Brettacorp Inc., that is working to revegetate and rehabilitate cleared land across the region, through local engagement and community plantings. A new community nursery has been set up in Murrigal with support from Highways and Byways, to complement these reforestation efforts.

The nursery started propagating native seedlings in September last year. It now has 10,000 trees in various stages of growth, thanks to monthly volunteer days and the work of two casual staff members employed 1 day a week to work at the site. And Brett has plans for more,

“We have room for 16,000 seedlings on site. With the new nursery and a recent addition of a potting shed we can now move forward a lot easier and efficiently”.

While this region may be known for its world heritage rainforests and tourist attractions, the sugar cane and banana industries have impacted the scale of native forests and habitat for local wildlife.

Brettacorp Inc. is an ardent advocate of the Miyawaki Method used for creating forests in a short amount of time. This afforestation technique was pioneered by Japanese botanist Akira Miyawaki who studied and implemented processes that restore degraded lands through natural reforestation principles. Using this technique trees native to the local area are planted at high densities which result in self-sustaining forests within 1 year.

“So far we have completed 10 Miyawaki reforestation projects”, Brett said. He referred to a particular project recently completed at Gurrbum Nature Refuge, 20 minutes north of the Murrigal Nursery. “We planted 2,800 native trees and plants to create Australia’s largest Miyawaki forest, at 700m2”. This site is in the middle of the Wet Tropics, adjoins the UNESCO World Heritage Park and is on a registered government Nature Refuge that is now protected land in perpetuity. It adds to earlier work at the refuge where Brettacorp Inc. has completed 3 other Miyawaki forests and regular tree planting efforts. This site is also considered a national priority corridor for the Southern Cassowary and its population recovery.

This is where the Murrigal Community Nursery is really important – the facility can now provide a continuity of seedlings to support Brettacorp Inc.’s work. “Until now, this was something we struggled with. We had to buy plants from other nurseries for our projects’’, Brett explained. “Now we have our own supply chain thanks to the Highways and Byways program and more forest is coming. We look forward to making more habitat for endangered species across the region”.